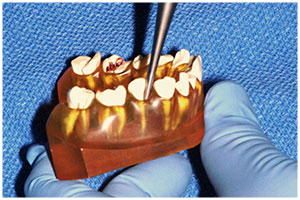 Dental subluxation is a surgical procedure in which the tooth is slightly loosened using specialized instruments like dental ultrasonic handpieces, periotomes, elevators and in some cases forceps to increase their mobility and becoming loosened but not displaced from its original socket (alveolus) in the jawbone. This is not to be confused with traumatic subluxations caused by dental injuries (See Below.)


Dental subluxations are often used as adjunct procedures during exposures to insure the tooth that is to be brought into the mouth is loose enough that the actual traction force placed by the orthodontist can cause the eruption of the tooth. This will prevent the complication of having a tooth exposed which does not move after traction force is placed. We generally perform subluxations on all our exposures. There are cases that dental subluxations are performed subsequently to exposures because the tooth has stopped moving although it moved initially. In addition, there are cases in which teeth that have erupted but are not in an appropriate position but cannot be moved by the orthodontist because the tooth is either partially or completely ankylosed. Ankylosis develops when part of the tooth root or the whole root directly fuses with the bone obliterating the space normally occupied by the periodontal ligament which allows for movement of the tooth. This condition will render the tooth nonmovable and generally complicates completion of the orthodontic treatment.

Subluxations when not done along with other procedures are usually performed under local anesthesia alone. Care has to be taken to ensure that other teeth that are in the immediate area of the tooth to be treated are not subluxated as well during the procedure.


Some dental subluxations injuries can result from traumatic events in which the tooth has become increasingly mobile and somewhat loosened but has not been displaced. Radiographically, these appear as having the ligament of the tooth inflamed which will show as a slightly widened ligament. Dental subluxations are often asymptomatic and even overlooked by dentists when treating more serious dental traumas in adjacent teeth especially if multiple teeth or alveolar fractures are present. Fortunately, they are all treated in the same fashion by using some type of splint to stabilize the teeth.

Dental subluxation by itself is not an urgent condition and is unlikely to result in signiﬁcant morbidity. When the injured teeth are painful, temporary splinting of the injured teeth is required to relieve the pain and enhance chewing ability and prevent potential loss of the tooth. It is usually conservatively treated by good oral hygiene with 0.12% chlorhexidine gluconate mouthwash, a soft and cold diet, and avoidance of smoking for several days. Sometimes antibiotics are prescribed depending on the degree of injury. 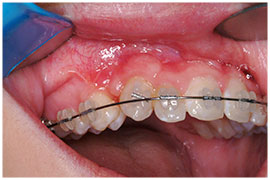 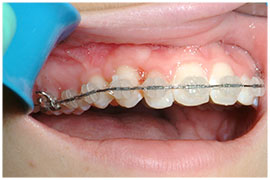 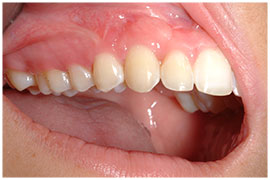